The agency operates hundreds of regional offices, leveraging the efforts of thousands of government personnel to provide on-site delivery of these much-needed benefits to the public.

Dually focused on improving service delivery and reducing costs, this long-time NETSCOUT customer is transforming their benefit distribution model and the information technology (IT) environment upon which it runs. The agency is in the midst of a strategic initiative that prioritizes transitioning agency IT platforms and workloads from third-party, vendor-operated data centers to Government-owned facilities.

After commencing this migration, the agency’s Infrastructure Services and Network Design teams decided to migrate production applications on a one-by-one basis. From an IT workload perspective, this approach allowed them to concentrate on the migration processes during weekend periods, while retaining weekday focus on managing a large-scale network, hundreds of specialized government applications, and business technology operations for thousands of users and hundreds of benefits delivery locations. Business continuity was paramount to this project’s success.

Despite the sound logic associated with their migration plan, IT quickly ran into application cut-over issues during testing. With application performance unacceptable, IT was forced to “roll back” those applications to the legacy managed service facility to resume benefits delivery processing on Monday morning. It became clear they needed better visibility into how each application was deployed in the third-party data centers, along with their dependencies, to ensure the success of the workload migration to the new data center.

In the wake of these issues, IT looked to their existing third-party Application Performance Monitoring (APM) solution for answers. While NETSCOUT’s nGenius 3900 packet flow switch (PFS) was feeding traffic to the APM tool for forensic analysis, that APM solution was unable to provide granular application performance data or application profiling. IT felt as though they were blindly transitioning applications from the managed service to their new data center.

Equally troubling, the agency had made a significant investment in this production-level APM solution, with the intent of expanding deployment to support the new data center and hundreds of applications. Since the APM tool was not doing a satisfactory job on the first handful of production applications, the IT team decided to find a solution that would.

As IT was left to sort out their own “What happened?” questions in the application environment, these data center migration issues quickly gained scrutiny at the upper reaches of the agency’s leadership, with representatives demanding answers.

In response to these challenges, the agency employed a phased service assurance transformation approach that leveraged the technology and recommended practices provided by their long-time business partner, NETSCOUT.

They started with a Wide-Area Network (WAN) monitoring solution that provided needed visibility into ingress/egress traffic from the new data center from all their remote offices. The agency deployed the nGenius 3900 PFS appliance to feed network traffic from key WAN vantage points to InfiniStreamNG (ISNG) hardware appliances. This solution allowed the Network Design team to use the nGeniusONE Service Assurance platform installed in the legacy data centers to identify key application service dependencies and mappings, then use that information to accurately migrate the service to the new data center. With the ability to monitor network and application traffic before, during, and after these application transitions, the process was more efficient. As issues emerged, they were more quickly and accurately addressed by the IT team. This preventive service assurance approach proved far preferable than the previous APM tool, which left IT learning of performance delays only upon hearing branch office users complaining about them.

Experiencing success using the NETSCOUT approach in this limited deployment, the team expanded the solution to monitor application performance issues more granularly. The agency deployed additional ISNG appliances, along with nGenius 5000 Series PFS appliances and an nGenius Flow Collector Virtual Appliance, to enable them to see more deeply into the new data center. With the expanded visibility provided by NETSCOUT’s patented Adaptive Service Intelligence (ASI) technology generating smart data used to generate the nGeniusONE smart analytics for application monitoring, they were able to take full advantage of contextual drill-downs from the dashboard to service dependency mapping. Further, the automatic discovery and mapping of the client-server relationships finally provided the solution required to fully visualize the current-state application environment. nGeniusONE also provided crucial “before and after” application dependency views and performance details that allowed IT to assess whether applications were being successfully migrated.

The agency also deployed the NETSCOUT vSTREAM™ virtual appliance as part of their testing process. vSTREAM software is ideal for monitoring agency application traffic running within virtualized infrastructures. With the addition of vSTREAM to their nGeniusONE and ISNG solution, the agency has visibility for seamless, end-to-end, ASI-based analysis across their network and application service infrastructure.

The most important criteria in successful migration of the agency’s applications and data center is their citizens’ uninterrupted access to employment and retirement benefits throughout the transition. They are achieving this goal with the use of NETSCOUT’s solutions for smart, data-driven insight into the performance of the network elements and key applications essential to the agency’s successful benefits delivery.

With NETSCOUT, the agency is assuring data center transformation success by implementing a more complete, in-depth solution than the previous APM platform, and doing so at a 30% savings! Further, the agency is reducing operating expenses, increasing departmental cross-collaboration, and reducing the number of silo-specific tools to maximize IT efficiency.

The agency recognizes the NETSCOUT solution will enhance long-term IT efficiencies and, as a result, improve overall benefits delivery to citizens, all while reducing government costs. 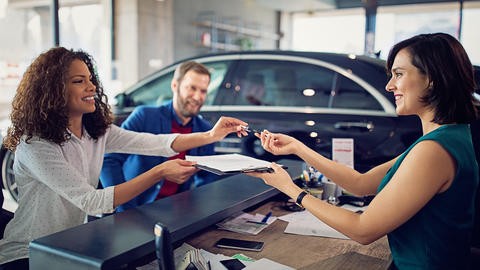