What is packet sniffing?

Packet sniffing is a technique whereby packet data flowing across the network is detected and observed. Network administrators use packet sniffing tools to monitor and validate network traffic, while hackers may use similar tools for nefarious purposes. 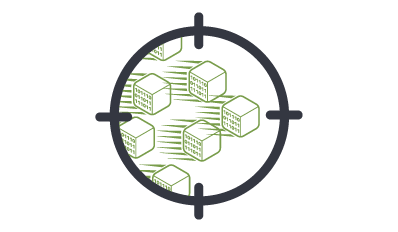 What are packet sniffers?

Packet sniffers are applications or utilities that read data packets traversing the network within the Transmission Control Protocol/Internet Protocol (TCP/IP) layer. When in the hands of network administrators, these tools “sniff” internet traffic in real-time, monitoring the data, which can then be interpreted to evaluate and diagnose performance problems within servers, networks, hubs and applications.

When packet sniffing is used by hackers to conduct unauthorized monitoring of internet activity, network administrators can use one of several methods for detecting sniffers on the network. Armed with this early warning, they can take steps to protect data from illicit sniffers.

What is the difference between the term “sniffer” and “Sniffer?”

When spelled with a lowercase “s,” the term “sniffer” indicates the use of a packet sniffing tool for either good or nefarious purposes. In the hands of authorized network administrators, a sniffer is employed to maintain the unimpeded flow of traffic through a network. Conversely, in the hands of a hacker, a sniffer may be used for unauthorized monitoring of the network.

When spelled with an upper case “S,” the term “Sniffer” refers to trademarked technology from NETSCOUT. This branded sniffer enables network administrators to monitor bandwidth and ensure that no single user is using too much available capacity.

Network General Corporation (now known as Network Associates Inc.) introduced the Sniffer Network Analyzer in 1988. Since then, the Sniffer has passed through several hands, including McAfee. In 2007, NETSCOUT acquired Network General, along with Sniffer. The first generation of Sniffer read the message headers of data packets on the network. This monitoring tool provided administrators with a centralized global view of all network activity, offering details such as the addresses of senders and receivers, file sizes and other packet-related information.

How do hackers use packet sniffing?

Hackers will typically use one of two different methods of sniffing to surreptitiously monitor a company’s network. In the case of organizations with infrastructure configured using hubs that connect multiple devices together on a single network, hackers can utilize a sniffer to passively “spy” on all the traffic flowing within the system. Passive sniffing, such as this, is extremely difficult to uncover.

When a much larger network is involved, utilizing numerous connected computers and network switches to direct traffic only to specific devices, passive monitoring simply won’t provide access to all network traffic. In such a case, sniffing won’t be helpful for either legitimate or illegitimate purposes. Hackers will be forced to bypass the constraints created by the network switches. This requires active sniffing, which adds further traffic to the network, and in turn makes it detectable to network security tools.

How to protect networks from illicit sniffers

There are several steps organizations can take to protect their networks from illicit sniffing activities. The following defenses can reduce the risk of exposure to hackers:

Learn About Our Network Monitoring and Security Solutions

Speak with an Expert