The bank’s employee base is technically savvy, leveraging a suite of business applications that in turn support the digital platforms increasingly preferred by clients for their financial transactions.

The bank is a long-time nGeniusONE customer, with information technology (IT) teams across the business using NETSCOUT smart visibility and real-time analytics for proactive monitoring, troubleshooting, and service assurance across the business.

The bank’s IT team had long monitored overall performance of their virtual private network (VPN). The VPN represented a significant element of the IT delivery infrastructure – at times, nearly half of the bank’s employees used the remote network to conduct business from their home offices or mobile devices. Also accessing these same services were several thousand authorized, strategic partners and contractors, placing additional volume on this environment.

For the IT team, VPN performance management was not as straightforward as assuring adequate bandwidth coverage was in place. The VPN also supported a virtual desktop infrastructure (VDI) based on Citrix technology that was showing performance strains based on increased users. Remote users reported regularly experiencing frozen virtual desktop screens and timeouts, with associated issues summarized in the trouble tickets forwarded to the Help Desk.

Beyond user frustrations, these virtual desktop performance issues could adversely impact the bank’s ability to do business for clients, with transactions unable to proceed due to a frozen screen. The challenge facing the IT staff was to answer the question, What is the root cause of these frozen screens? Addressing this complex question would require visibility from Internet access points, over VPN, through VDI, and onto the application servers to pinpoint the true source. With the bank recently earning positive media coverage regarding its commitment to refashioning mobile and digital platforms to make them more client-friendly, this issue could also impact their brand reputation in the financial marketplace.

The bank had invested capital in VPN bandwidth increases as well as VDI expansion, and leadership wanted to ensure the business was receiving the intended benefits – seamless remote office performance and increased ease of centrally managing user desktop application suites.

The IT team is assuring user experience on the bank’s VDI by again turning to their nGeniusONE platform to provide the granular performance monitoring and effective troubleshooting to return performance to high levels required for remote users performing their jobs remotely.

The IT team used nGeniusONE to visualize performance issues in the multi-layer virtual environment to determine the frozen screens and timeouts were in fact related to VDI communicating with a file server operating in another data center that was configured to support too many users. The IT addressed this issue using contextual workflows already familiar to them, with NETSCOUT OSE resources assisting to configure:

With the bank’s business relying on remote user productivity on VPN and VDI to carry out critical financial transactions, the IT team successfully accessed the nGeniusONE monitoring activities that had been guided by NETSCOUT OSE resources.

With IT able to quickly resolve VPN- and VDI-related trouble tickets, they achieved a two-fold success:

As a result, bank leadership retains confidence that increased investments in their Citrix virtual environment are providing the intended return. 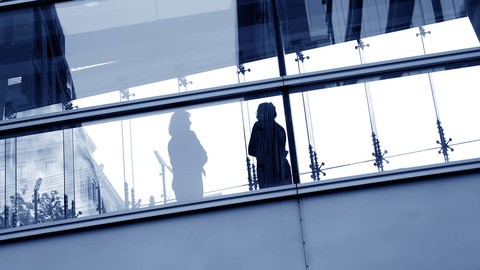