GDPR Has Changed the Stakes for Network Availability

Much of the discussion about GDPR focuses on the sticker shock of potential fines, which are only part of the significant changes this regulation introduces for businesses that collect or process personal data.

Overshadowed by this discussion is a key provision at the heart of GDPR, Article 32, the Security of Processing: “

(b) the ability to ensure the ongoing confidentiality, integrity, availability and resilience of processing systems and services; (c) the ability to restore the availability and access to personal data  in a timely manner in the event of a  physical or technical incident;” And if the meaning of availability is not clear enough, GDPR Recital 49 specifies that a legitimate interest of the data controller in protecting their networks is “stopping ‘denial of service’ attacks and damage to computer and electronic communication systems.”

Avoiding 20,000,000 EUR or 4% of your annual turnover in fines is a surefire motivator. And protecting the availability of your network is part of GDPR. Availability has also become a business imperative — above and beyond regulatory compliance.

Organizations from commercial banks to online gaming, from retail operations to utilities increasingly rely upon the consistent, always on connections to their customers, partners and supply chain. Furthermore, the digital transformation of virtually any business looking to the future is predicated on network availability and reliability.

That availability is under increasing threat from more frequent, larger and more sophisticated distributed denial of service (DDoS) attacks. According to Arbor’s 13th Annual Worldwide Infrastructure Security Report, the number of attacks increased significantly in 2017. Arbor’s ATLAS observed 7.5 million DDoS attacks in 2017 (vs. 6.8 million in 2016). That equates to over twenty thousand DDoS attacks per day or 850 attacks per hour.

Part of this is due to low cost, attack for hire services. In fact, with cheaper services and widely available attack tools, launching a DDoS attack has been democratized. In GDPR-speak, this is significant to controller and processor organizations because it means anyone with an internet connection and a grievance can attack your availability.

Attack size is also a factor. In NETSCOUT Arbor’s’ 13th Annual Worldwide Infrastructure Security Report (WISR) about one third of respondents reported peak attack sizes over 100 Gbps. The largest attack reported was 600 Gbps. This year, the percentage of attacks over 1 Gbps has increased to 22 percent, growing three years in a row.

It seems that attackers are realizing that size doesn’t matter, but stealth does. According to Arbor’s WISR 2018 the percentage of volumetric attacks dropped from 60% in 2016 to 52% in 2017. However low and slow, harder to detect application layer attacks rose from 25% in 2016 to 32% in 2017.  The top applications being targeted were HTTP/S, DNS and new comers email and VOIP.

It is a common misconception that devices such as firewalls, WAFs, load balancers, and IPS/IDSs can mitigate DDoS attacks and keep you GDPR compliant. The fact is these stateful devices can become part of the problem. TCP state-exhaustion attacks exploit TCP protocols: SYN, FIN, and RST floods, with much smaller attacks than volumetric but enough to consume the device’s available memory. Commonly targeted devices include firewalls, IPSs, load balancers and servers. According to Arbor’s WISR 2018 report 52 percent reported their firewalls or IPS/IDS devices experienced or contributed to a network outage during a DDoS attack. 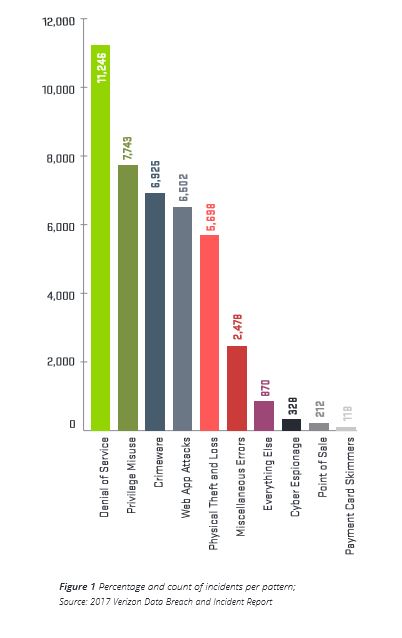 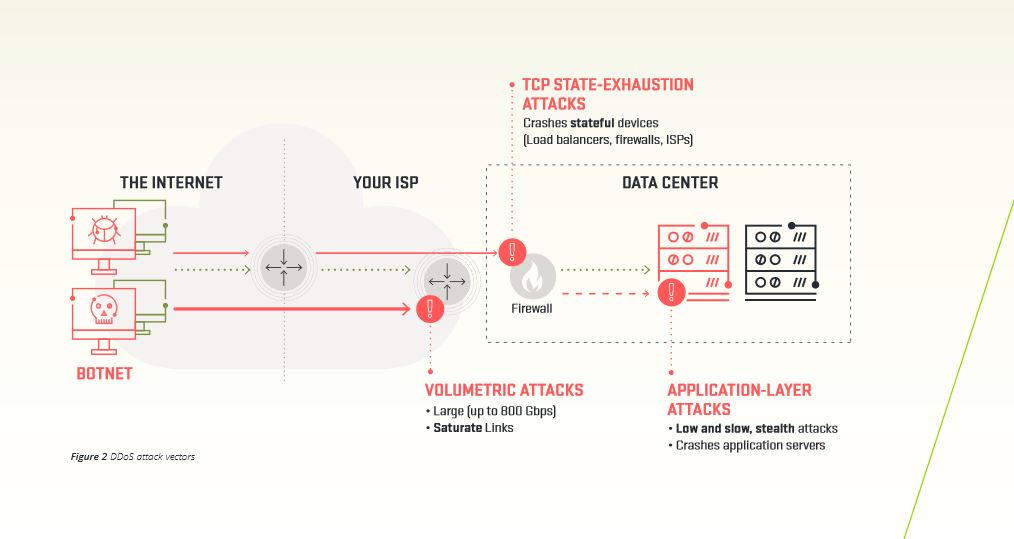 The heart of Arbor’s approach to DDoS protection is global threat intelligence.  With 400 customers sharing traffic data, we have visibility into approximately 1/3 of all internet traffic.

This gives us a unique position to monitor botnets and IoT compromise activities that drive DDoS attack activity. ATLAS intelligence is derived from the infiltration of these botnets, watching their development, monitoring their C&C infrastructure, malware campaigns, and current vertical and regional targeting.

So, with all the attention on protecting personal information, don’t forget one of the basics of GDPR compliance: keeping your systems available and resilient. After all, it would be hard to demonstrate compliance — and avoid those fines — if your systems were down.

To learn more about how NETSCOUT Arbor DDoS attack protection products and services can help you meet the availability protection requirements, download our GDPR checklist.