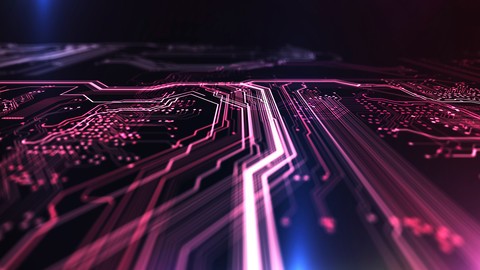 Upon startup, Plex probes the local network using the G’Day Mate (GDM) network/service discovery protocol to locate other compatible media devices and streaming clients. It also appears to make use of SSDP probes to locate UPnP gateways on broadband Internet access routers which have SSDP enabled; when a UPnP gateway is discovered via this methodology, Plex attempts to utilize NAT-PMP to instantiate dynamic NAT forwarding rules on the broadband Internet access router.

According to an announcement published on Plex’s Web site on February 5, 2020 Plex Media Server instances which have either been deployed on a public-facing network DMZ or in an Internet Data Center (IDC), or with manually configured port-forwarding rules which forward specific UDP ports from the public Internet to devices running Plex Media Server, can potentially be abused as part of possible DDoS attacks.

Observed single-vector PMSSDP reflection/amplification DDoS attacks range in size from ~2 Gbps – ~3 Gbps; multi-vector (2–10 vectors) and omni-vector (11 or more vectors) attacks incorporating PMSSDP range from the low tens of Gbps up to 218 Gbps. As is routinely the case with newer DDoS attack vectors, it appears that after an initial period of employment by advanced attackers with access to bespoke DDoS attack infrastructure, PMSSDP has been weaponized and added to the arsenals of so-called booter/stresser DDoS-for-hire services, placing it within the reach of the general attacker population.

It should be noted that a single-vector PMSSDP reflection/amplification attack of ~2 Gbps – ~3 Gbps in size is often sufficient to have a significant negative impact on the availability of targeted networks/servers/services. The incidence of both single-vector and multi-/omni-vector reflection/amplification attacks leveraging PMSSDP has increased significantly since November of 2020, indicating its perceived utility to attackers.

The collateral impact of PMSSDP reflection/amplification attacks is potentially significant for broadband Internet access operators whose end-customers have inadvertently exposed PMSSDP reflectors/amplifiers to the public internet. This may include partial or full interruption of end-customer broadband Internet access, as well as additional service disruption due to access/distribution/aggregation/core/peering/transit link capacity consumption.

On February 7, 2020 Plex posted a hotfix update to Plex Media Server which prevents its abuse for the purpose of launching reflection/amplification DDoS attacks across the public Internet, as well as a new version of PMS which incorporates this remediation.

Prior to device remediation, quarantine of abusable end-customer nodes and/or filtering traffic directed towards UDP port 32414 and/or UDP port 32410 on abusable nodes only may also implemented, where feasible.

It is strongly recommended that operators of Plex Media Server instances implement the Plex-supplied hotfix as soon as is practicable, taking into account situationally appropriate best current practices (BCPs) with regards to pre-upgrade backups, testing and validation of new software updates and versions, etc.

Network operators should perform reconnaissance to identify and quarantine or remediate abusable PMSSDP reflectors/amplifiers on their networks and/or the networks of their customers. It is strongly recommended that SSDP be disabled by default on operator-supplied broadband Internet access CPE, and that guidance on disabling SSDP on common CPE makes/models be supplied to end-customers.

DDoS defenses for all public-facing Internet properties and supporting infrastructure should be implemented in a situationally appropriate manner, including periodic testing to ensure that any changes to organization’s servers/services/applications are incorporated into its DDoS defense plan. Both organic, on-site intelligent DDoS mitigation capabilities should be combined with cloud- or transit-based upstream DDoS mitigation services in order to ensure maximal responsiveness and flexibility during an attack.

It is imperative that organizations operating mission-critical public-facing Internet properties and/or infrastructure ensure that all servers/services/application/datastores/infrastructure elements are protected against DDoS attack, and are included in periodic, realistic tests of the organization’s DDoS mitigation plan. In many instances, we have encountered situations in which obvious elements such as public-facing Web servers were adequately protected, but authoritative DNS servers, application servers, and other critical service delivery elements were neglected, thus leaving them vulnerable to attack.