According to global research company Omdia, NETSCOUT is the top-ranked vendor in the DDoS Prevention Appliance Market, with 22 percent market share. Omdia’s biannual market tracker found that NETSCOUT continued to lead the sector in DDoS prevention, as the company has expanded from its dominant position in the communications service provider (CSP) market to gain significant market share in the enterprise DDoS mitigation business. 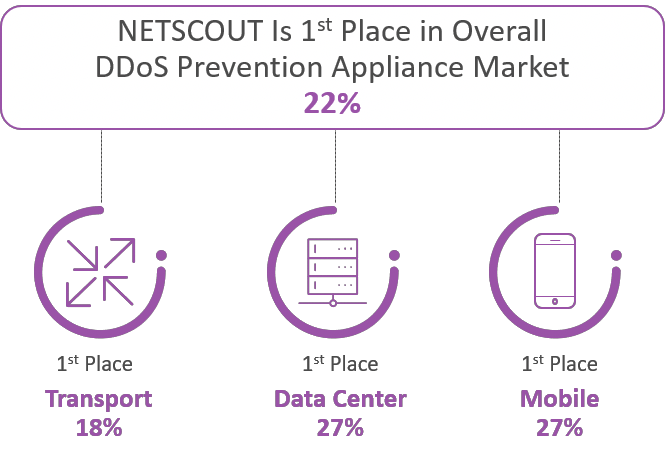 DDoS prevention appliances are the first line of defense for most service providers and large enterprises around the globe looking to protect themselves from brute-force attacks on network or resource availability. And as the pandemic-driven surge in DDoS attack activity shows, this is a market poised for continued growth. Indeed, Omdia outlined several key issues that are likely to drive continued increase in demand across both the service provider and enterprise sector:

As the report notes, one of the reasons behind NETSCOUT’S market position lies in its architectural trend toward deploying smaller/virtual DDoS mitigation solutions at the edge, which their software version of TMS can support on COTS hardware with flexible licensing. Moreover, NETSCOUT's Arbor smart DDoS protection solutions are now wholly integrated into the overall NETSCOUT portfolio, and integrations such as Sightline with Sentinel allow the company to do some interesting smart/orchestrated mitigation at the edge.

Something Wicked This Way Comes