The Increasing Need for Orchestrated Mitigation of Complex DDoS Attacks

For ISPs and communications service providers (CSP), network connectivity is about more than performance—it’s the business. And in a world that relies more and more on digital communications, that business is nothing short of vital. From online banking and eCommerce to telehealth, work, and just plain old keeping in touch with family, our lives are lived online, making DDoS attacks a huge threat to customer satisfaction.

Unfortunately, that threat is growing worse, as adversaries sharpen their focus on service availability.  Consider the following, from NETSCOUT’s 1H 2020 Threat Intelligence Report:

All of this equates to increased complexity for DDoS attack mitigation for communication service providers, driving increase risk in the following areas:

Protecting services and customers from the quick-hitting but complex multivector DDoS attacks of today’s threat landscape require a strategy built to match these challenges. We recommend that CSPS and ISPs use automated attack detection and intelligent orchestration of multiple methods of mitigation, including their own network infrastructure, dedicated DDoS mitigation products, and even upstream peers. By implementing such an orchestrated mitigation strategy, companies can strategically assign different methods of mitigation to different attack vectors. For example, let’s say a network operator faced a multivector DDoS attack that consisted of the following: 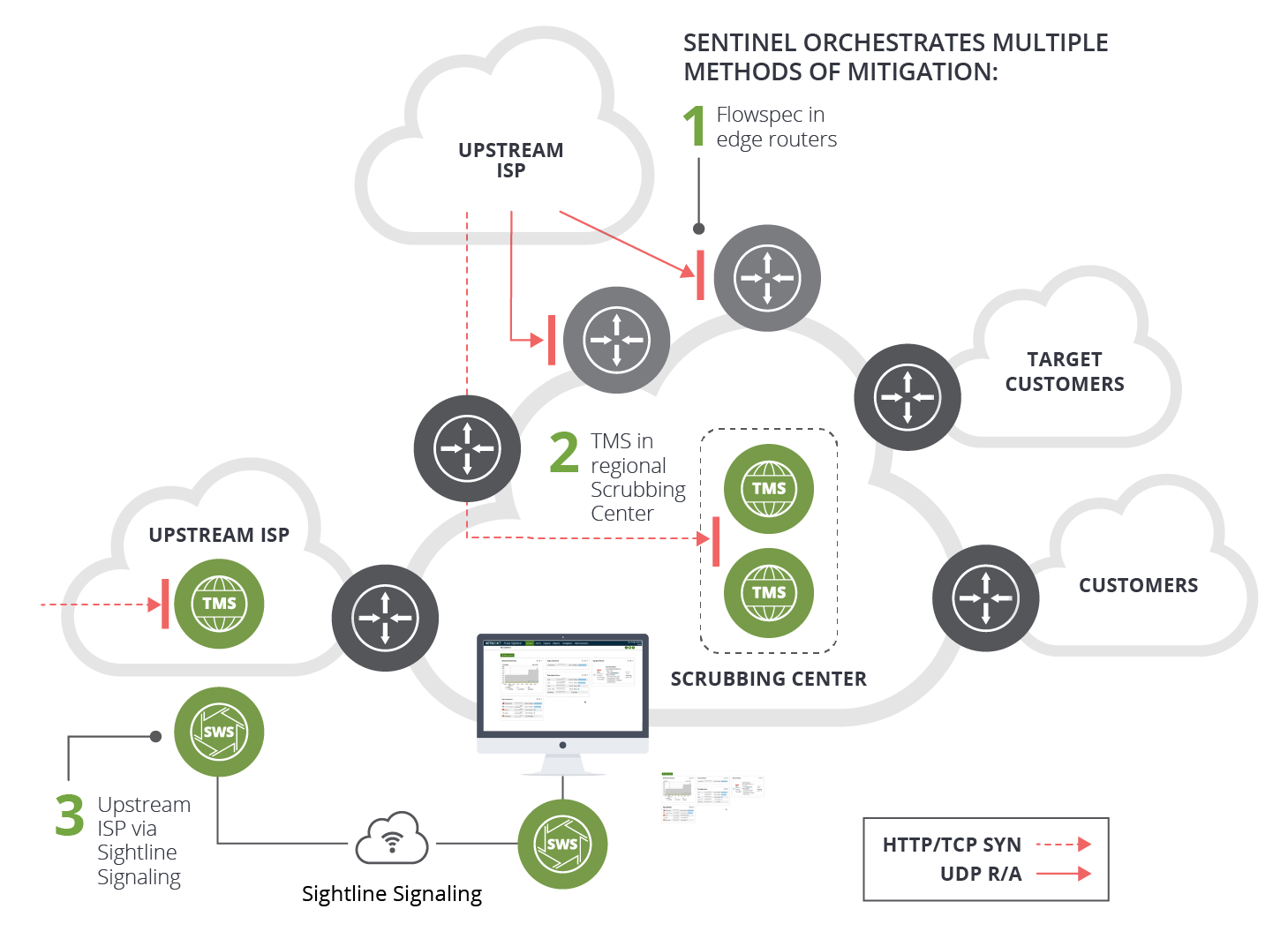 It’s clear that the first half of 2020 witnessed a radical change in DDoS attack methodology to shorter, faster, harder-hitting complex multi-vector attacks—a trend that will likely continue. This means that ISPs and CSPs must pivot in response. No matter the target, adversary, or tactic used, it remains imperative that defenders and security professionals remain vigilant to protect the critical infrastructure that connects and enables the modern world.

Listen to this webinar as we discuss the dramatic rise in DDoS attacks during the first half of 2020 that directly impacted communication service providers around the globe and how NETSCOUT’s Arbor smart DDoS protection can automatically detect and intelligently orchestrate multiple mitigation methods.

Something Wicked This Way Comes