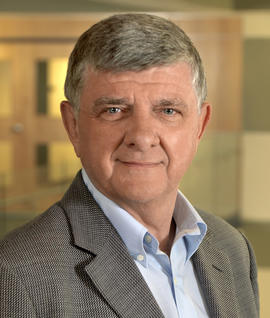 Michael Szabados was appointed to NETSCOUT’s Board of Directors and named Vice Chairman of the Board in February 2019. He has served as NETSCOUT’s Chief Operating Officer since April 2007, focusing on the implementation and execution of the Company’s vision and strategy.

As COO, he has played a pivotal role in leading, integrating, and adapting NETSCOUT’S functional areas as the Company grew dramatically through organic expansion and multiple acquisitions. His career at NETSCOUT began in 1997 when he joined the Company as Vice President of Marketing, charged with increasing overall visibility and market awareness. His responsibilities expanded in 2001 to encompass product development, manufacturing, and customer support when he was promoted to Senior Vice President, Product Operations.