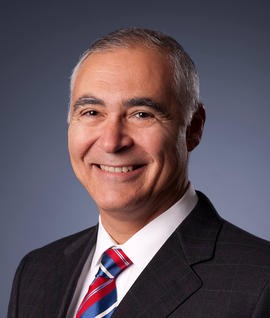 Alfred Grasso is the immediate past President and Chief Executive Officer of the MITRE Corporation, a position he held from 2006 to 2017 and where he continues to serve as a Trustee and Consultant for the MITRE Corporation. Mr. Grasso’s experience includes service on the boards for a number of scientifically-driven organizations and non-profit institutions. Mr. Grasso is currently a member of the Defense Science Board and a former member of the Army Science Board. He currently serves on the George Mason University Foundation Board of Trustees and as a member of the National Academy of Science’s Government, University and Industry Research Roundtable.

Mr. Grasso is a Permanent Director and Executive Committee member of the Armed Forces Communications and Electronics Association (AFCEA) International’s Board of Directors and served as Chairman from 2012 to 2014 and vice chairman from 2010 to 2012. Mr. Grasso is the former President of the Board of the National GEM Consortium, a non-profit organization that promotes the participation of under-represented groups in the science, technology, engineering and math fields. He has served as a member of the Stevens Institute Systems Engineering Research Center Advisory Board, the University of Virginia’s Department of Systems and Information Engineering Advisory Board, Howard University’s College of Engineering, Architecture and Computer Sciences Board of Visitors, and the Northern Virginia Technology Council. Mr. Grasso holds a bachelor’s degree in electrical engineering from the University of Massachusetts Amherst and a master’s degree in computer science from Worcester Polytechnic Institute.