A New Twist In SSDP Attacks 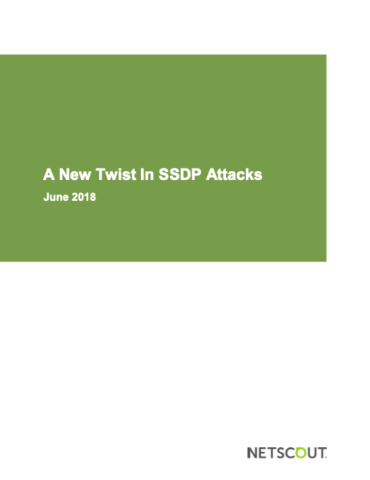 Arbor ASERT has uncovered a new class of SSDP abuse where naïve devices will respond to SSDP reflection/amplification attacks with a non-standard port. The resulting flood of UDP packets have ephemeral source and destination ports, making mitigation more difficult - a SSDP diffraction attack. This behavior appears to stem from broad re-use in CPE devices of the open source library libupnp. Evidence from prior DDoS events suggest that attackers are aware of this behavior and may choose a pool of these misbehaving victims based on the efficacy of their attack. Using Arbor products to mitigate these attacks require inspecting packet content to filter the flood of SSDP replies and non-initial fragments.