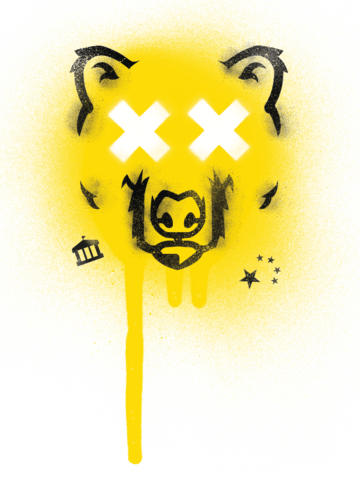 In May of last year, ASERT Researchers reported on LoJax, a double-agent leveraging legitimate software to phone home to malicious command and control (C2) servers. Since the publication of our research, we’ve monitored a number of new malware samples. We also conducted additional research into infrastructure we believe Fancy Bear (APT28) operators use as part of their toolkit. We created fingerprints that enabled us find additional LoJax servers using our ATLAS collection platform. The research identified multiple live LoJax servers. All of the IPs uncovered by our collection platform have been published by other researchers; however, we also uncovered the suspected corresponding C2 domains, some of which have yet to be seen in LoJax. Since exposing the use of LoJax in May 2018, security researchers proved Fancy Bear used it as part of an UEFI based rootkit in September of 2018, making LoJax resilient to hard drive replacements and Windows OS re-installs. This blog post reveals activity around Fancy Bear’s LoJax infrastructure.

NOTE: NETSCOUT APS/AED Enterprise Security Products detect and block on all activity noted in this report.

LoJax Servers Across the Internet

A new scan in early 2019 revealed only two of the seven prior responsive servers remain active (Table 2).

Using DNS records, ASERT assess with moderate confidence the following corresponding LoJax domains correlate with each IP address below. We made this determination based on the timeline of when the IP addresses were active (Table 3).

Combing through known LoJax samples, we found two of the above domains correspond with the following LoJax samples (Table 4):

Note: the domain elaxo[.]org no longer pointed to the LoJax C2 IP as of May 2018, but the LoJax server on that IP was still active in Fall 2018. In addition to ASERT and ESET’s research, UK NCSC’s report (Oct 2018) included the same IP addresses found from our fingerprinting exercise.  Further pDNS research revealed the suspected C2 domains tied to most of those IP addresses. ASERT maintains a moderate confidence with the following IP to domain mappings (Table 5). A subset of these domains appeared in known LoJax samples:

Using the above mappings, we iterated through our repository of malware samples looking for matches. We managed to identify the following LoJax samples (Table 6) using the mapped domains in Table 5 (above).

Assuming the mapping is correct, several of the domains haven't been used with LoJax samples in the wild. Our research included numerous open source  and proprietary malware repositories. Yet, we've not uncovered any samples that use the corresponding domains (Table 7). It's possible that the currently active suspected LoJax C2 domains are either in use today or reserved for future use.

IMPORTANT: The ntpstatistics[.]com and unigymboom[.]com domains still point to live C2 servers and can still be contacted by LoJax’s agents.

We took things a step further by looking at domain registration information. The goal was to find when new confirmed and suspected domains came online. The chart below shows this activity over time. It outlines when Fancy Bear possibly began standing up LoJax C2 servers (Figure 1). 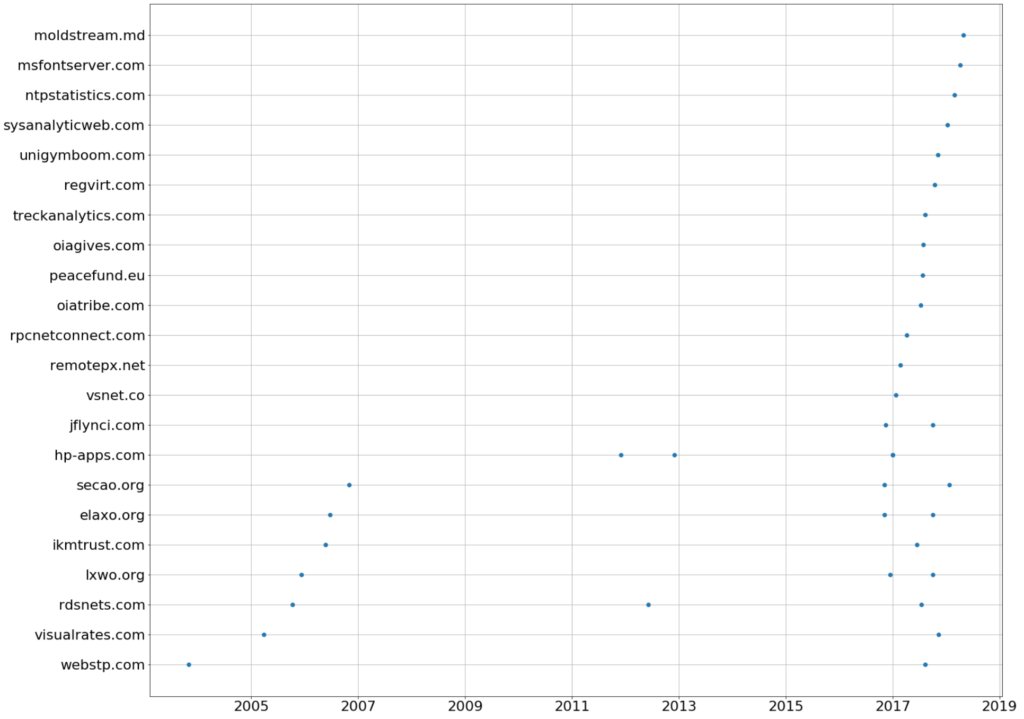 Note: Aside from the initial hits in 2004 and 2006, the primary spike in activity occurred starting in late 2016. Based on currently visibility, ASERT believes LoJax began in late 2016. The spikes in 2006 may indicate previous ownership of domains, rather than testing by the Fancy Bear operators. However, we cannot rule out the possibility they owned the domains previous to their main campaigns kicking off in 2016. The software hijacked by the actors had a compile date in 2008. If accurate, it indicates that the earlier activity was erroneous or unrelated to current operations.

Continued diligence in tracking activity related to LoJax proved that the actors still maintain live C2 servers. They may also have additional ongoing operations outside the "in the wild" use reported by ESET activity (September, 2018).  Even with all of the publicity around Lojax, Fancy Bear operations did not take the publicly disclosed servers offline. Because these C2 servers have a long shelf life, organizations should ensure they incorporate the IOCs into their defensive posture. This longevity underscores the importance that LoJax C2s remain in active defense postures for longer periods of time.