ASERT recently discovered Lojack agents containing malicious C2s. These hijacked agents pointed to suspected Fancy Bear (a.k.a. APT28, Pawn Storm) domains.  The InfoSec community and the U.S. government have both attributed Fancy Bear activity to Russian espionage activity.  Fancy Bear actors typically choose geopolitical targets, such as governments and international organizations. They also target industries that do business with such organizations, such as defense contractors.  Lojack, formally known as Computrace, is a legitimate laptop recovery solution used by a number of companies to protect their assets should they be stolen.  Lojack makes an excellent double-agent due to appearing as legit software while natively allowing remote code execution. Although the initial intrusion vector for this activity remains unknown, Fancy Bear often utilizes phishing email to deliver payloads.   NOTE: Arbor APS enterprise security products detect and block on all activity noted in this report.

Absolute Software, the creator of Lojack, says on its website (https://www.absolutelojack.com/) that the agent can locate and lock a device remotely.  Additionally, it can delete files, making it an effective laptop theft recovery and data wiping platform.  Lojack can survive hard drive replacements and operating system (OS) re-imaging.  The agent achieves this persistence through a modular design as noted by Vitaliy Kamlyuk, Sergey Belov, and Anibal Sacco in a presentation at Blackhat, 2014 (Figure 1):

The aforementioned researchers suggest the binary modification of the "small agent" is trivial.  The Lojack agent protects the hardcoded C2 URL using a single byte XOR key; however, according to researchers it blindly trusts the configuration content.  Once an attacker properly modifies this value then the double-agent is ready to go.  This is not the only aspect that makes Lojack an appealing target.  Attackers are also concerned about AV detection.  Looking on VirusTotal, some anti-virus vendors flag Lojack executables as ”unsafe”, but as noted as of May 3, many AV now flag the binaries as malware and DoubleAgent (Figure 2). 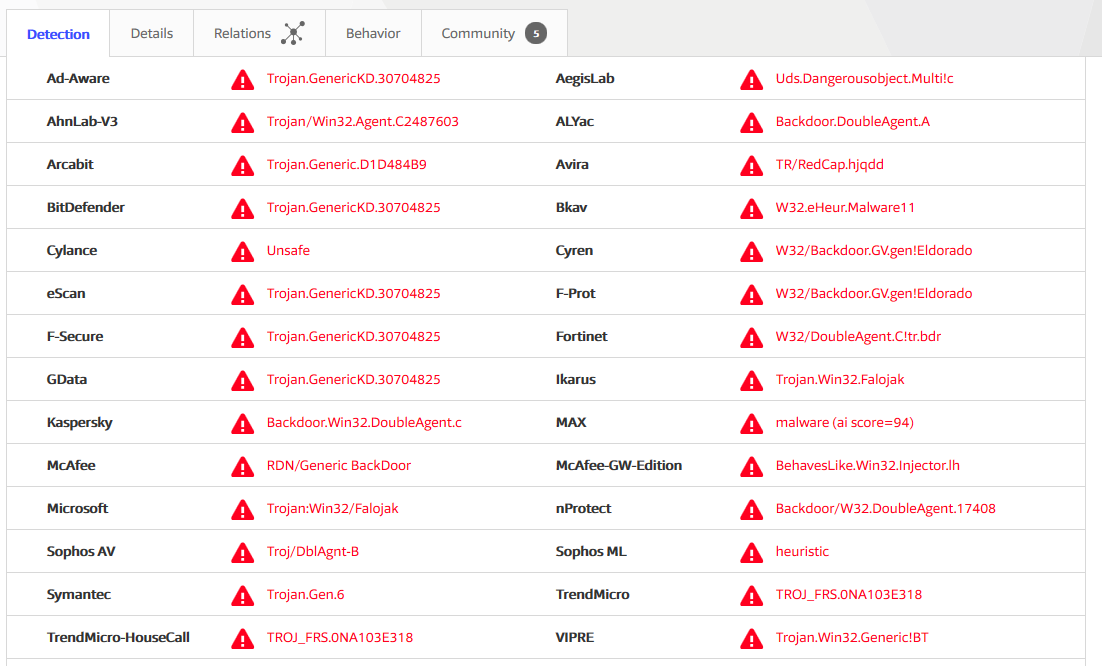 Originally, the low AV detection, allowed the attacker to hide in plain sight, an effective double-agent. The attacker simply needs to stand up a rogue C2 server that simulates the Lojack communication protocols. Finally, Lojack’s “small agent” allows for memory reads and writes which grant it remote backdoor functionality when coupled with a rogue C2 server.

ASERT has identified five Lojack agents (rpcnetp.exe) pointing to 4 different suspected domains.  Fancy Bear has been tied to three of the domains in the past.

ASERT believes all these binaries are rpcnetp.exe (small agent) due to the following characteristics:

After confirming the stage of the Lojack agent, binary comparison analysis confirmed that they were legitimate Lojack samples.  The comparison also highlighted that the attacker did not graft additional functionality into the binary.  ASERT used the presence of search.namequery[.]com in the binary and the yara rule to identify legitimate Lojack samples.  Lojack’s Absolute Software Corp. owns search.namequery[.]com; we have no evidence the legitimate site has been used for nefarious purposes. NOTE: All samples, both rogue and the two “clean” samples (below), matched 100% based on Diaphora’s function matching algorithm. “Clean” Samples:

Only the presence of the rogue C2's make the samples in Table1 malicious. The attackers are merely hijacking the communication used by Lojack, thereby granting themselves backdoor access to machines running the software.

Researchers from Jigsaw Security, based on leads from Talos in late 2017, traced the domains elaxo[.]org and ikmtrust[.]com and the tool Sedupload, to a Fancy Bear operation.  The domain lxwo[.]org appeared in a blog post from Threat Intel Recon that resolved to an IP address within a document attributed to Fancy Bear.  The rogue Lojack samples containing the sysanalyticweb[.]com domains were only recently spotted in the wild (April 2018). Despite the hijack of this software being a publicly known tactic, there are many similarities in the binary comparisons (above) and infrastructure analysis (below) that increase the probability it is the same actor(s): 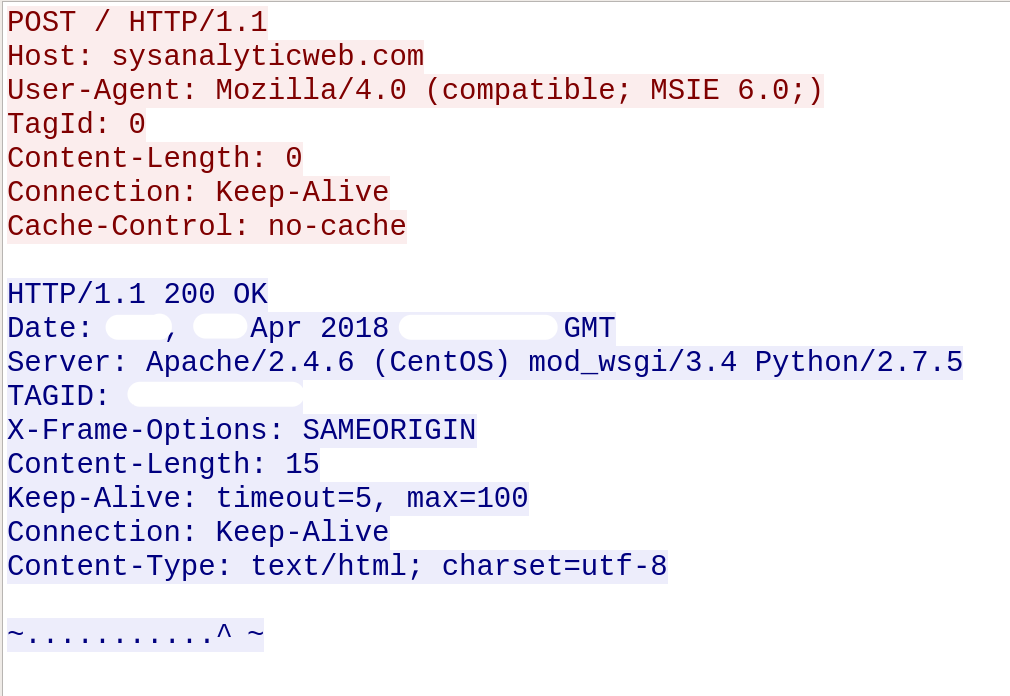 Hijacking legitimate software is a common enough tactic for malicious actors. A key factor making this activity so devious is the malicious Lojack samples were simply labeled "unsafe”, "suspicious", or "DangerousObject", rather than malware. As a result, rogue Lojack samples could fly under the radar and give attackers a stealthy backdoor into victim systems. ASERT recommends scanning for rogue Lojack agents using the Yara signature listed in the Appendix (below) and blocking the domains contained within this blog.