History Doesn’t Repeat Itself but it Often Rhymes 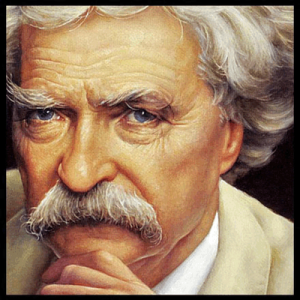 Taking a look back to the very first Worldwide Infrastructure Security Report (WISR) twelve years ago and of course, many things are vastly different. One thing is clear. Things are more complex today, from the attacks to the infrastructure, and that benefits attackers.

According to WISR respondents, since 2005, DDoS attack size has grown 7,900%, for a compound annual growth rate (CAGR) of 44%. In 2005, the vast majority of attacks were basic floods. Today, multi-vector attacks are common, targeting connection bandwidth, applications and infrastructure in a single sustained attack. The big issue of the day in 2005 was Worms, a word that does not appear in the current report. Instead, it is IoT botnets that are a top of mind concern for network operators.

Beyond the threats, the infrastructure is more complex too. Since 2005, mobility and cloud computing have emerged and fundamentally changed everything. In attempting to deal with this complexity, some positive trends have emerged. One difference is in the quality of the tools defenders are using to protect their networks. We’re seeing increasing use of purpose built Intelligent DDoS Mitigation Systems, and less use of firewalls and IPS for DDOS protection, for example. We’re also seeing more focus on incident response practice, all positive developments.

Here’s a quick look why Mark Twain was such a genius,

Arbor’s 12th annual Worldwide Infrastructure Security Report delivers direct insights from network and security professionals at the world’s leading service provider, cloud/hosting and enterprise organizations. The report covers a comprehensive range of issues from threat detection and incident response to managed services, staffing and budgets. Its focus is on the operational challenges internet operators face daily from network-based threats and the strategies adopted to address and mitigate them.

According to Ovum Senior Analyst Rik Turner, “The WISR is always an authoritative source of data on the state of cybersecurity. The inclusion of a special section on IoT is particularly timely, however, as it’s coming onto a lot of folks’ radar as a new vector for DDoS and other types of cyberattacks.”

DOWNLOAD your copy now to learn from history and protect your future.